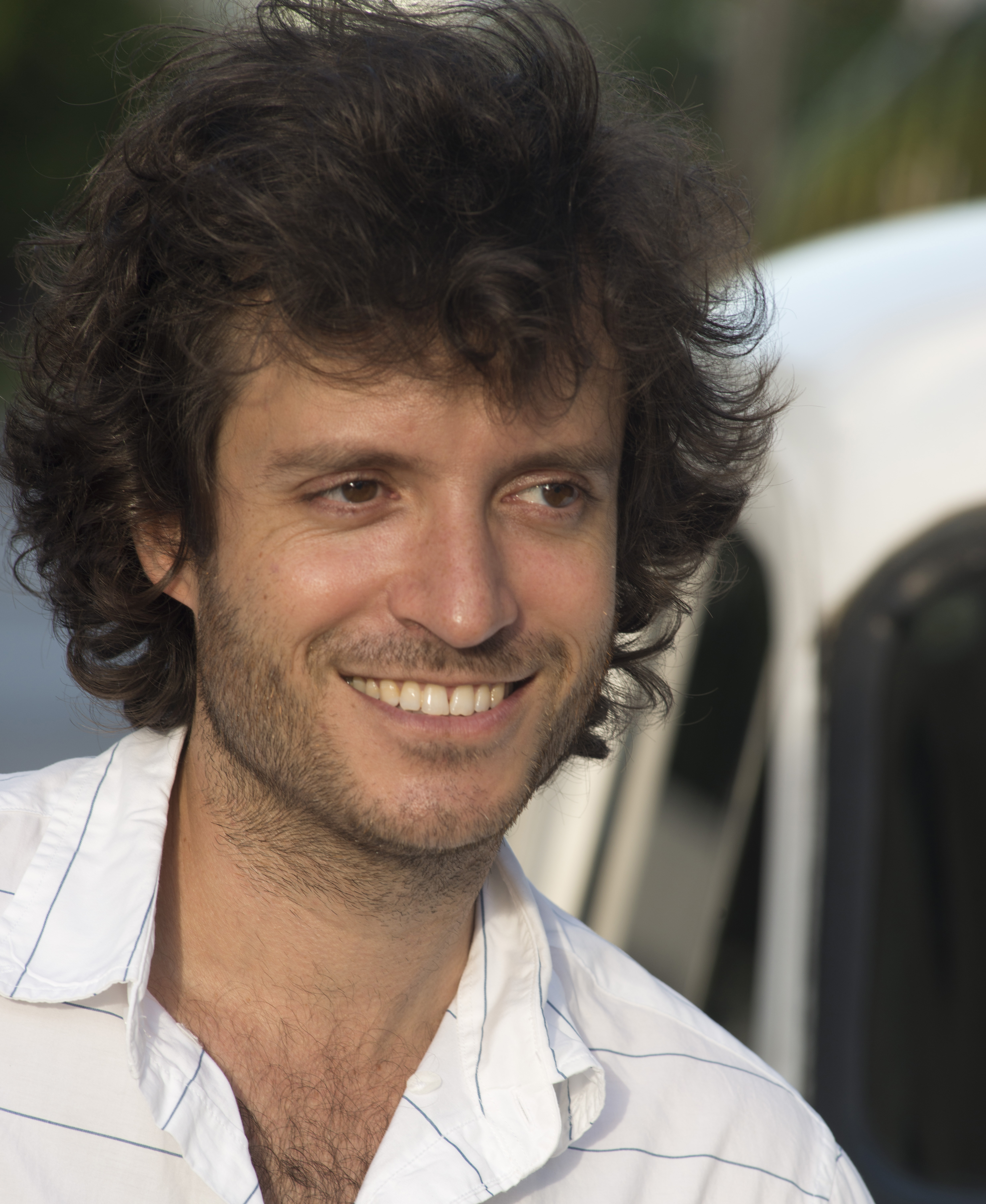 Bent-Jorgen Perlmutt is a Brooklyn-based filmmaker. He co-directed and edited DIANA VREELAND: THE EYE HAS TO TRAVEL (Samuel Goldwyn Films, 2011). He directed and produced LUMO (POV, 2007), a documentary about the recovery process of a young rape survivor at a unique hospital in eastern Congo that won a Student Academy Award and was broadcast on PBS. He served as the co-producer and additional editor of CONTROL ROOM (Magnolia Pictures, 2004), and the associate editor of VALENTINO: THE LAST EMPEROR (Acolyte Films, 2008). He wrote, directed, produced, and edited LES VULNERABLES (Perlmutt Productions, 2007), the closing night short of the New York Film Festival and a grand jury prize-winner at AFI Dallas. He also edited and field-produced MAN V. VOLCANO (MARKET ROAD FILMS, 2011) for National Geographic Explorer, and most recently edited an episode of MTV's series "REBEL MUSIC." 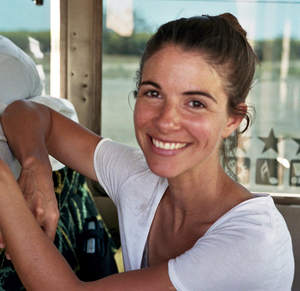 A British/Argentine cinematographer, producer and director, she grew up in London and moved to New York to pursue filmmaking, where she graduated from NYU with an MFA in film.  She recently shot OKAY BREATHE AURALEE (Sundance 2012) and BURN TO SEND (Nestor Almendros Award for Excellence in Cinematography 2012).  She served as director/writer/producer on THE POOL (Best Film, Best Director, Best Screenplay NYU First Run Festival 2011, National Board of Review Student Award.)  She has shot films in the U.S., U.K., Germany, Burma, Argentina, Vietnam, Cuba and Abu Dhabi. She is currently based in New York.

Originally from Mexico, he has been working in art and film in the US, Europe and Mexico for the past decade.  He is a co-director, cinematographer and editor of FIRMES, MEXICANS IN THE BRONX (2013) a documentary for Nat Geo Latino about a group of undocumented immigrants who have left the gang life and formed a Lowrider car club in the Bronx.  co-director, Cinematographer and Editor of the documentary LOS COJOLITES, A LOOK INTO SON JAROCHO MUSIC (2014) for Canal 22 International in Mexico.  He also completed the feature film, VICTORIO as Co-Director and Editor, which was awarded the Opera Prima at the Guanajuato Film Festival, and screened in various festivals in Europe and Latin America, including Valencia, Huelva, St. Petersburg, Havana and selected for the Human Right competition in Bilbao festival.

Lives and works in Los Angeles, editing narrative and documentary features, but lately he's been poking his nose around New York as well. Some of his film editing credits include THE MYTH OF THE AMERICAN SLEEPOVER (2010 SXSW; 2010 Cannes Film Festival), SOMETHING REAL AND GOOD, and THIS IS MARTIN BONNER (Best of Next Audience Award Winner, 2013 Sundance Film Festival; 2014 Independent Spirit John Cassavettes Award Winner), MISTAKEN FOR STRANGERS (addtl. editing; Official Selection 2013 Tribeca Film Festival), and DOIR AND I (Official Selection 2014 Tribeca Film Festival). He is currently in post-production on David Robert Mitchell’s next film, IT FOLLOWS. Julio has twice been invited to edit at the Sundance Institute Director's Lab (2012 & 2013) and loves to wander around forests, deserts, and cities.

Originally from Guadalajara, Mexico, she spent many years doing field work in indigenous communities in Mexico, researching and recording century old traditions, before relocating to New York to focus on urban ethnography and documentary filmmaking.  She is co-director, location sound recordist and editor of FIRMES, MEXICANS IN THE BRONX (2013),  a documentary for Nat Geo Latino about a group of undocumented immigrants who have left the gang life and formed a Lowrider car club in the Bronx.   She was also co-director, location sound recordist and editor of the documentary LOS COJOLITES, A LOOK INTO SON JAROCHO MUSIC (2014) for Canal 22 International in Mexico.  Lindsey is former assistant to the Latin American Program Manager in the Film and Video Center of the National Museum of the American Indian / Smithsonian Institution in Lower Manhattan and is currently a candidate in the Integrated Media Arts MFA program at Hunter College. 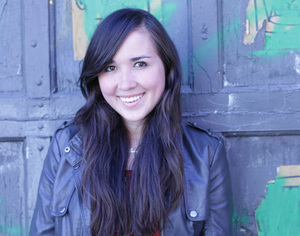 After graduating from Northeastern University in 2011, she moved to New York to be the assistant to the director of DIANA VREELAND: THE EYE HAS TO TRAVEL (Samuel Goldwyn Films, 2012). Since then she has also worked as a translator for WASHINGTON HEIGHTS (MTV, 2013), as a production assistant for THE WINO CROSSING (2014) and as an assitant editor for PEGGY GUGGENHEIM: ART ADDICT (2015). She is currently pursuing her master's degree in Media Studies with a certificate in Media Management at The New School. 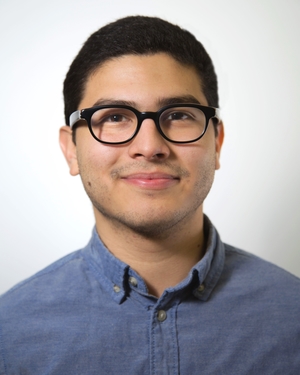 Born in Havana, Cuba and raised in Miami, Florida, he moved to New York City to pursue a career in cinematography. He graduated from the School of Visual Arts in 2013 and continues to work on different commercials, music videos, and films as a director of photography. 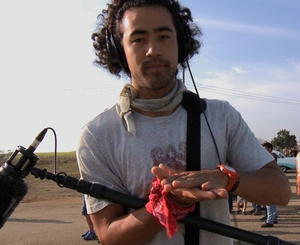 Originally from Berkeley, California, he finished a degree in Metropolitan Studies at New York University where he applied oral history technique to capture the stories of residents in the slums of Bogotá, Colombia and former squatters of the Lower East Side. In late 2011, he halted a self-directed study of religion in the Middle East to fly to Cuba for this film project. He now studies religion at the Graduate Theological Union and uses his digital media skills to empower people to tell their stories with The Center for Digital Storytelling. He is currently working on the audio series "Admirable People Project" to transmit the life lessons of community leaders.